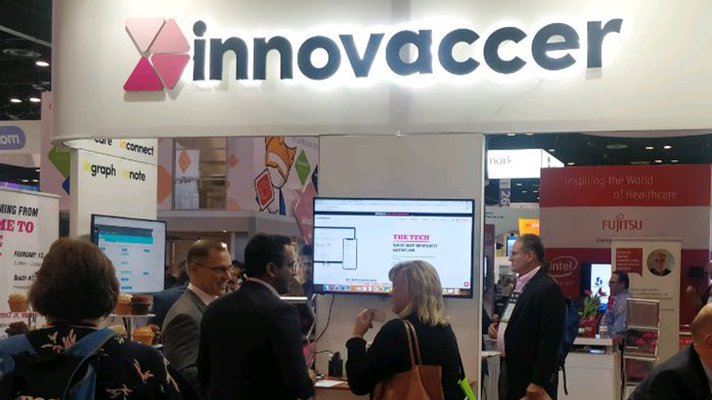 Even prior to his time at Kaiser, Sutten has an impressive resume, service as chief technology officer at the CIA in addition to stints at GE and Royal Carribbean. Healthcare IT News caught up with Sutten to talk about how Innovaccer and how he plans to put his wealth of experience to work there.

Q. Why make the move from Kaiser Permanente to Innovaccer?

A. At Kaiser Permanente, where I spent the past six years, they have a fabulous integrated model and it’s very well recognized and it really is about how the data is integrated. Which is great for Kaiser Permanente, but there’s 300 million other people in the US that don’t operate in an integrated healthcare model. In my opinion as a technologist, the number one thing that we can do in the healthcare space is build out this data integration and a data model that can be shared amongst all the different functions in the healthcare space. So when I had the chance to go to Innovaccer I jumped on it.

Q. Can you describe what Innovaccer does?

A. Innovaccer’s play is they’ve created a common data model so we can extract data from all these different heterogenous environments, and we’re able to take all that data and focus it around the patient, put them in the middle, and you get that elusive longitudinal record or 360-degree view of the patient.

So my role as the Chief Data Officer is to help promote how that vision and strategy are going to go based on what has already been a very successful implementation of this data environment. Already they have more than 3 million lives in that system and dozens and dozens of companies have opted into that common data model.

Q. And how does that translate into value for the patient?

A. There’s really two parts to that. To me, from an engineering perspective, the most complex part is the ability to go into all the different EMRs, and there’s hundred of them, the different lab systems and different claims systems, and pull all of that data into a large database, called a data activation platform.And that’s great and that integration is incredibly valuable.

But where the payoff comes is now all that information is available to be used through all the applications that we have. There’s a suite of applications that are already available. For example, InCare is one of the applications we’ve built and it helps the clinical team run through the care continuum with a particular patient. And there’s four other products.

It’s particularly interesting at the point of care for the physician so we can implement some of the value-based care initiatives that are out there. But whether or not the physician is in your healthcare system or outside your healthcare system they can see this. The important part is, we’ve built this environment, this platform, that we have applications for and probably as important, customers can build their own applications depending on what their needs are. But it makes all that data available.

A. I can’t speak to the incentive or the models or the clinical pieces, but from a technology perspective, I think the key thing is the transparency. This data, once it’s been activated, can be used by all the different disciplines that it takes to deliver care to a patient.

I’ll just go back to the travel business [as an example]. When it became transparent what the pricing was, it drove whole changes in how that market responded and was incentivized. So given the transparency of that data, today, especially if you’re a payer or a group you don’t get a lot of data that you’re looking for. And what happens with the Innovaccer data activation platform is it becomes available, and I want to make sure I mention this, with all the approporiate security and access controls, protected as it should be, but if someone needs that information you can get it to them, whereas in the past it was very difficult to get ahold of.

Q. What are you excited about doing at your new position?

A. I think one is how we expand the use of a platform. There are more and more applications we’ve developed every day with hundreds of developers who are putting out new capabilities in one of our products that are out there. Not to mention, as we add more and more clients they’re bringing new information and new reporting that can be shared amonsgt everybody.

But what I think [will have a big impact] longterm, from a healthcare industry perspective, is the build out of those APIs. I’m nuts for the FHIR API, I think it was a fabulous, brilliant move by the government, but the adoption has been very slow. And it’s been slow because it’s so hard to get that data to be able to distribute it through those APIs. So I hope and I believe that by giving them a common data platform, that will accelerate the growth. Because once these APIs happen, than the integration between all the different fractional healthcare provider, payer intermediaries can be mitigated with the API.

And essentially, in the grand vision, create a virtualized healthcare entity without having to do the brick and mortar consolidation organizational type thing. It can exist with a number of virtual sites interconnected with these APIs in common data.

Q. What’s do you think has been holding back interoperability and what can push it along?

A. If you look at the grand scale, with meaningful use, first of all the records haven’t been digitized. So the last decade has been getting everybody onto the playing field, the transactional EMR, and getting all of the records digitized. So that was the last decade, and by the way that decade was rough, because there’s a lot of people, a lot of fragmentation, but despite how bumpy it was, as an industry we can say ‘Mission Accomplished’ really. There’s always more to be done, but on a transactional healthcare-providing, clinical basis, we’ve come a long way.

Now to me [the next step], and hopefully it won’t take another decade, is now it’s taking that data and be able to integrate it and get use out of it. AI, of course, is the big buzz these days. And AI is great, but you can’t use it without the right information that needs to be fed to it. So this is one more step in enabling the end state of being able to take advantage of these artificial intelligence and machine learning things that have evolved. I think there’s a logical middle step that has to happen.

Q. How does working with payers and introducing different kinds of data, including social determinant of health data, change the game?

A. I’ll start where you just ended. Of course social determinants are a big influencer in how people’s health evolves and how we care for some of these folks. So once you get more and more of that social determinant [data] in the model, claims in the model, it really does close the loop and you can start whole population health, which by the way has been the primary driver of [selling] Innovaccer's solutions. Folks are very interested in their community and treating populations. This all comes when data gets normalized.

I would add, in my experience, I worked for an energy company and the innovation that happens when people are exposed to data. There’s certainly a set of knowns. But I think there’s a bunch of unknowns and once we get data in the hands of people that typically didn’t have access to it, we can get innovations out of that and we think that that’s a huge opportunity as it’s evolved. But you can’t do that until you give people the access they need.

Q. Anything else in the space you think is exciting that we haven’t touched on?

A. I think the one we didn’t talk about was the avalanche of sensor data becoming available. How are we going to manage that? I have some opinions based on my Kaiser experience, but when you talk about unknown opportunities, how are we going to manage all that data? When you talk about the Internet of Things and edge computing, I think that’s an evolution that’s going to be interesting to watch and see where that’s going to end up. I don’t have an answer to that, but that data has to go somewhere and I’m not sure the EMR is the best place for that sensor data to go. We’ll have to see how that shakes out.

A lot of applications in AI are going to help curate that and get the physician what they need, so that’s going to be exciting.

can help you in your transformation journey

to Value Based Care.

Can help you in your transformation

journey to value based care.

schedule a free demo
Thank you for your interest.
Click here to play the video.

Learn how Innovaccer can help you

in your transformation journey to